All matches can be shot at your local range and scores uploaded via your myELEY personal dashboard. – See the how to guide here. 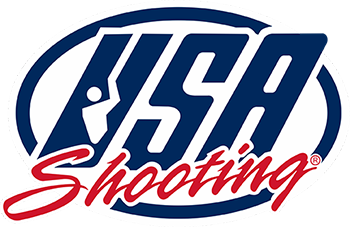 ELEY in conjunction with USAS will be hosting a postal 60 shot prone match through the myELEY platform. To join this match you must register on the myELEY.com site and join the USA Shooting club.

All registrants will shoot one 60 shot prone match on either the ISSF 50m international smallbore rifle target to be shot at 50 meters or the NRA USA-50 target to be shot at 50ft. A picture of the targets and your score must be uploaded by the deadline of each round to be able to move on to the next round. There is no entry fee for this match. Each competitor will get at least 2 matches through the format of the competition. All USA Shooting rules apply for the prone event. You will have 20 minutes per 20 shots to complete this match (total shooting time: 60 minutes). All targets must be shot in consecutive order. You may go back to sighting shots only after a target change in this competition. You may shoot on paper targets or electronic targets. You, a coach, a teammate or a parent will need to score your targets and post the picture on myeley.com of all targets.

Bracketed Rounds: Competitors that make it into the bracket will be announced via a USA Shooting Facebook live event. You will have 5 days to complete one 60 shot prone match per round. You will shoot against one other person, whomever has the highest score will win the match and move on to the next round. Once you lose you are out of the competition. Scores will be posted on both ELEYUSA Facebook, Twitter and Instagram as well as USA Shooting Facebook, Twitter and Instagram. Reminder emails will be sent per round. The bracket will continue until there is one winner. Be sure to fire all shots and post your scores by the due date as this is the only way it makes for a fun match.

Social media around this event is encouraged and be sure to tag @eleyusa and @usashooting and #myeley for all social media posts.